Skip to content
Lend your voice and advocate for a new children’s hospital. Take action now.
Back to media centre 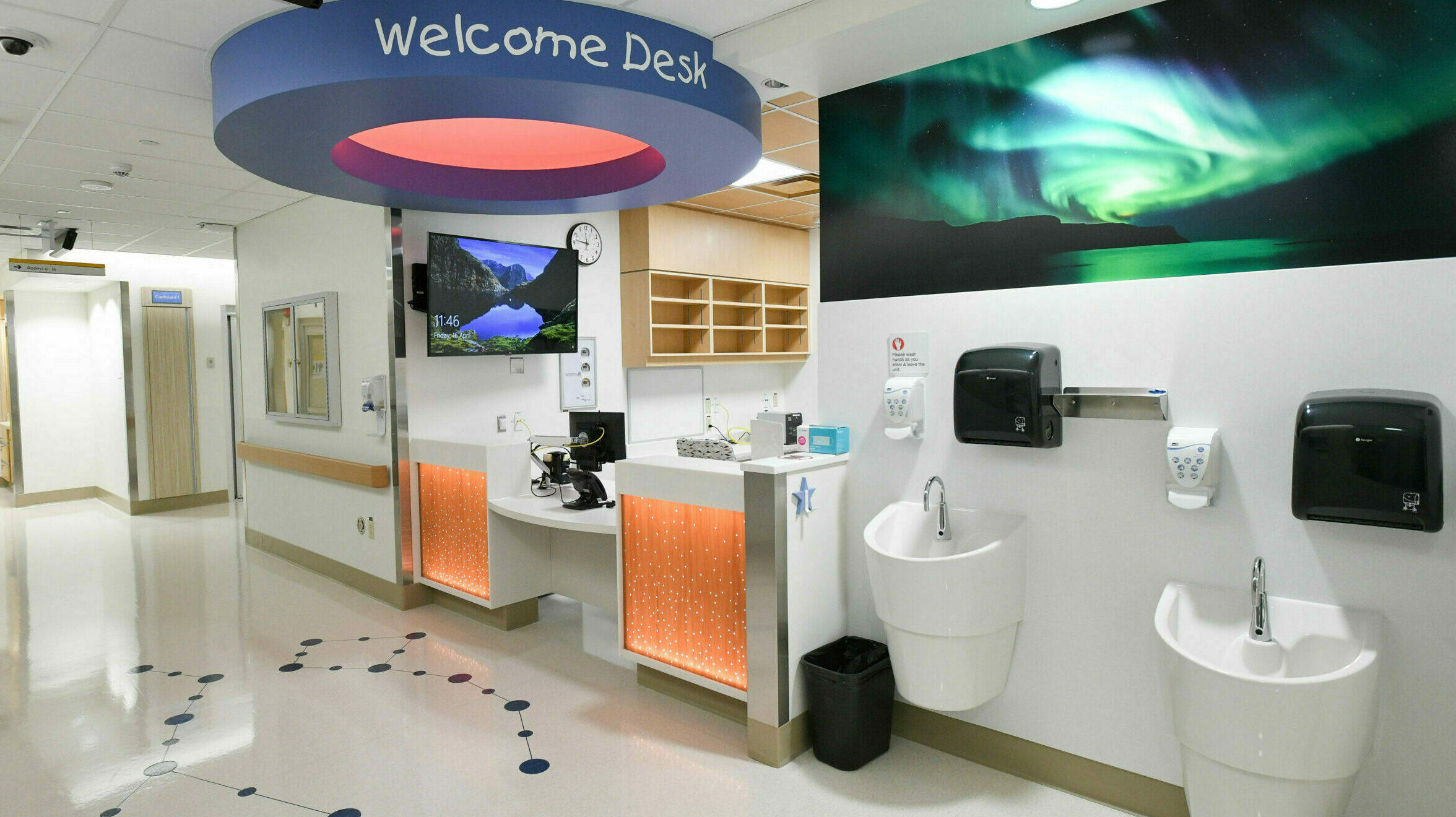 The redeveloped and expanded David Schiff Neonatal Intensive Care Unit (NICU) opened at the Stollery Children’s Hospital on April 21, bringing specialized care, comfort and privacy to critically ill newborns and their families from backyards across Alberta.

The Stollery’s redeveloped NICU puts family-centred care at the forefront, featuring 14 single-family rooms and two double rooms – a total of 18 beds. The space is built with families in mind, and includes beds and sleeping sofas, a pumping room for nursing mothers , a family lounge,  sleep rooms and a laundry room. The space is also equipped with NICView cameras, allowing family members from near and far to log in to a secure stream and check on their little one.

Each year, the David Schiff NICU sees between 450 and 500 patients. The previous NICU was an open-floor unit, where patients and their families shared the same space. With more than 37 per cent of inpatients coming from outside of Edmonton, the new space will support families from across northern Alberta and beyond. The unit is supported by more than 200 multidisciplinary staff, including registered nurses, respiratory therapists, neonatal nurse practitioners and neonatologists.

“The David Schiff NICU at the Stollery represents the final phase of our $15-million Critical for Care campaign to renovate the Stollery’s outpatient, operating rooms and three primary intensive care units,” says Mike House, President & CEO of the Foundation. “The new NICU provides more space and privacy, and the latest technologies and pediatric equipment. We’re grateful to our many donors and government partners for making this urgent, family-centred care space a reality for newborns and their families.”

To learn more about the life-changing difference our generous donors make for Stollery kids and their families, please see the Government of Alberta news release here.