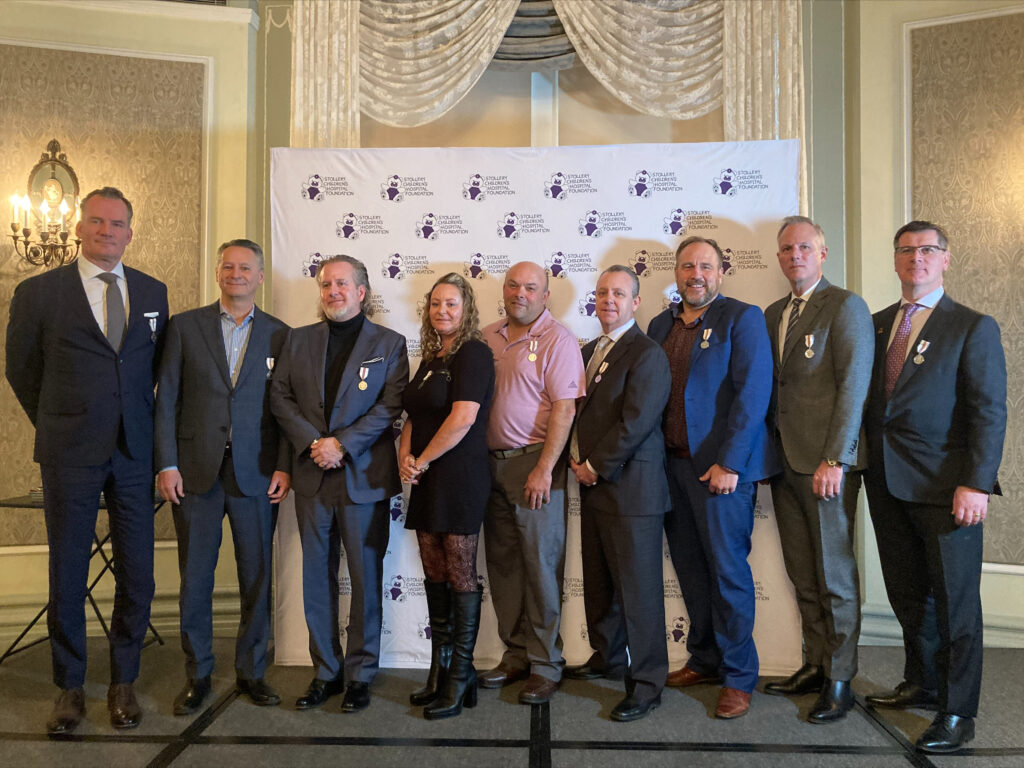 This year, 7,000 medals are being awarded to worthy recipients across the province and our Foundation was given the honour of awarding 10 of those medals to deserving individuals who have made a difference in our Stollery community.

Dr. Cave is the Zone Clinical Department Head at Alberta Health Services. He also serves as Board Chair for Western Canadian Children’s Heart Network, whose goal is to provide world-class cardiac care. He supports our Foundation’s advocacy efforts and his leadership and commitment continue to have lasting impact.

Dr. Conradi, a pediatrician with specialization in pediatric critical care, served on the Board of Trustees from 2014 to 2021. He is very engaged in the work of the Foundation and is passionate about our vision of giving all kids the best chance to live a long and healthy life.

Richard Kirby served 12 years on our Board of Trustees and led the organization to actively advocate for children’s health. In 2019, he inspired a group of 12 to climb Mt. Kilimanjaro, raising more than $1 million. Richard demonstrates a strong commitment to children’s health and the community at large.

Jason Knapton has supported the Foundation for more than a decade. His influence has inspired his employees, business networks and family to help the Stollery. His company has been the title sponsor of our Corus Radiothon for more than a decade, and he organizes the annual Spencer Berezowski golf tournament, which has raised more than $750,000 over the years.

Chris Lachance’s generosity supports the Stollery Children’s Hospital Foundation, and many others in our community. Chris offers his gift-in-kind and service at golf tournaments and events to elevate the experience for attendees, ultimately contributing to a greater impact in children’s health.

Mark Reid and his family have held the Children’s Charity Golf Classic “Kennedy Reid” since 2011 and have raised $182,000 for the Foundation. Mark’s daughter, Kennedy, is a patient at the Stollery and receives ongoing care. The Reid family is passionate in their continued support for the Stollery.

From 2014-2016, as our Chair of our Board of Trustees, T. Marshall Sadd guided the Board to raise funds and advocate for excellence in children’s health. With a genuine talent to connect and inspire individuals to get involved, together with his family, they participated in various fundraising initiatives.

Chris Scheetz, also known as the ‘Mayor of Radiothon,’ is a proud Stollery supporter all year long, but most notably during the annual Corus Radiothon held each January. For almost 25 years, he has been invested in the success of the Hospital and has been integral in raising more than $29 million to help Stollery kids and their families.

Rob Suggitt has supported the Stollery since 2005. He donates, sponsors, attends events, volunteers and inspires his employees and networks to support, as well. Through the Hospital Activity book for Children, he helps numerous children’s hospitals across Canada.

In addition to our Foundation’s medal recipients, Mike House, our president & CEO, also had the honour of being awarded a medal earlier this month. Mike’s vision for the Foundation is to give all kids the best chance to live a long and healthy life, with the ultimate goal of a new, purpose-built Stollery Children’s Hospital, designed just for kids, teens and families. 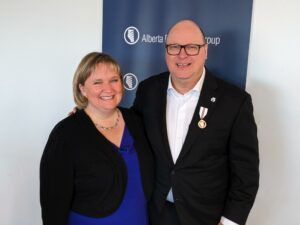 Congratulations to everyone receiving this special distinction this year.

Learn more about why a new hospital is needed and how you can help build a new home for the Stollery at stollerytomorrowandtoday.com.